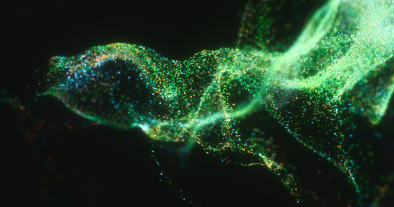 An engaging article on all things ‘Anthos’. Considering the pros and cons, breaking down the solution & asking if it’s worth your time. 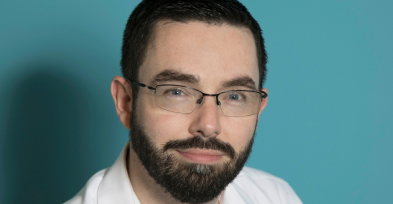 Congrats to those who recognise the title of this post as a song by the band ‘Smokie’ from the 70s. It was inspired by a number of conversations I had during 2020 when talking about Google’s Anthos offering with customers and people in the market, and a feeling generally that it was poorly understood. Often the conversations around Anthos turned into “mumble mumble, something about hybrid, mumble mumble”, which wasn’t that inspiring…

Straight to the point. Google themselves say it’s a “modern platform for managing applications in today’s hybrid and multi-cloud world”. Which is unsurprisingly a decent summary. I think the confusion often arises from the sheer volume of services linked under the Anthos umbrella – and it can look overwhelming initially.

If you want a snappier tagline, a few would likely call it Google’s attempt to be “the VMWare of Kubernetes”, which I think helps to position it nicely. It’s more complete and credible than a RedHat OpenShift Container Platform, or a VMWare Tanzu – and much broader than an AWS Outposts or Azure Arc.

Really, this is Google providing a platform to enable you to deploy, manage and optimise your applications – *no matter where they sit*. Google doesn’t care if you’re running on-premises, or in AWS or Azure, they’ll provide a unified interface/control plane to make your life easier. Oh, and the core is all built on open source technologies.

Why are they doing this?

That open source comment is the key I think. Most of the cloud platforms now offer similar types of services these days in one form or another, and a key reason customers will choose one platform over another is a belief in the vision and identity of the vendor. In Google’s case, people buy into their strong messaging around things like green data centres, the fastest & simplest managed services, data centricity, a culture of innovation and crucially in the Thomas Kurian era: openness.

Google is positioning themselves strongly around being the most open cloud. This is both around their contributions to open source (*legendary* – e.g. K8s, Tensorflow, MapReduce, etc, etc), and now about making it easy to work with applications deployed outside of Google cloud. See BigQuery Omni for another recent example.

This of course all leads towards an end game of Google being the central controlling platform, but it’s a great message to lead with and one I see resonating strongly in our conversations with customers.

Give us a bit more detail?

There’s a good summary video here from Next 2019 if you’ve got 40 mins spare, that covers it well I think.

If you’re short on time, I’d break the Anthos solution down into the following:

It’s also worth mentioning Migrate for Anthos, at this point. This uses cunning technology from the Velostrata acquisition to rapidly containerise your applications as part of the migration.

And it’s all compatible with services like Cloud Build for streamlined CI/CD of course.

So that’s nine services just in my high level overview. You can see sometimes where the confusion arises.

As noted previously, the whole stack is built upon open source principles (albeit with some managed GCP wrappers to make your life easier). e.g. Istio for the Service Mesh, Kubernetes for GKE, Knative for Cloud Run (serverless). It really is built to avoid lock-in.

This is all presented as a unified model for computing across clouds and on-premises, via a central control plane – making it easier (not ‘easy’) to work across environments in larger organisations. Traditionally, hybrid environments of any kind have caused all manner of challenges around visibility, reporting and management of policies. Not any more. And it’s not just the shiny dashboard for Ops folks, your developers will have a consistent and unified experience also – loosening training requirements beyond Anthos / Containers.

Remember that snake oil dream of moving applications easily between on-premises and cloud? Technically now possible – although really it’s hard to envisage many scenarios where that would be useful, other than a one way migration exit from your data centre.

Are you working in a hybrid (on-premises + cloud) or multi-cloud (multiple public clouds) environment, i.e. like 60%+ of all Enterprises in EMEA? Are you interested in consistency from an operational perspective, regardless of where you’re running your application? (of course you are). Are you interested in the automatic containerisation of your VM based environments? (surely, yes). Would you like someone to take away a lot of the undifferentiated heavy lifting, so you can focus on your apps? (of course).

Seriously, imagine interacting with a cloud platform like AWS (owned by a large Seattle based bookseller if you’ve not heard of it), in exactly the same way as you interact with GKE in GCP today.

Your choices for cloud migrations are now even more flexible:

Does it make sense?

For those with heterogeneous environments, and looking to containerise. I believe so, yes.

The core theme of Anthos is application modernisation (or ‘modernization’ for our friends across the Atlantic), tied to simplification of Deployment and Ops, that allows you to focus on code. All with minimal lock-in, and a path paved towards further future modernisation of your applications, it’s hard to see a downside for those that could benefit from it. You don’t even have to move to the cloud initially – just run it in your data centre, with a minimal setup in GCP alongside it.

So, *are* there any watchpoints?

Always 😉 Mostly they revolve around your stance on your on-premises environment or multi-cloud.

If you’re not a large enterprise organisation, I’d recommend picking a single cloud provider and going all in. Make your life simple – pick a horse and back it.

There isn’t space here to get into a long discussion about hybrid/multi-cloud. But it’s fair to say that for larger (and/or older) organisations, the lines become more blurry and need thought. e.g. Will this stop you from moving away from on-prem as soon as you could? Will it encourage more use of multi-cloud, even where it’s not needed? Will people that chose AWS not just want to use native AWS? Do you really want containers as a middle step between you and your modernisation? All of these decision points need serious thought before embarking on your strategy.

It also doesn’t of course totally abstract you from the pain of owning a data centre, nor will it stop people building in a maverick fashion in another cloud environment if you give them a shot at doing so.

Ok, so to summarise, Anthos might be interesting if:

I’ll never say “single pane of glass” as it’s the worst, cheesiest, expression you can possibly imagine. Kill it with fire. However, Anthos does provide, erm, a combined view of GCP, plus other lesser known clouds, and on-prem – all within something resembling a ‘solitary panel of dissolved silica’.

This was, and is, a bold move from Google to “meet customers where they are”, which is a long way from the old Google position of leading with the best technology on the planet. They continue to bet big here, and only last month announced that Anthos on Bare Metal is now fully GA – enabling Edge computing via Anthos (and further reducing dependencies to VMWare).

Hopefully this has given you some insight into WTF Anthos is. Maybe I should write a song about it? Or maybe not. 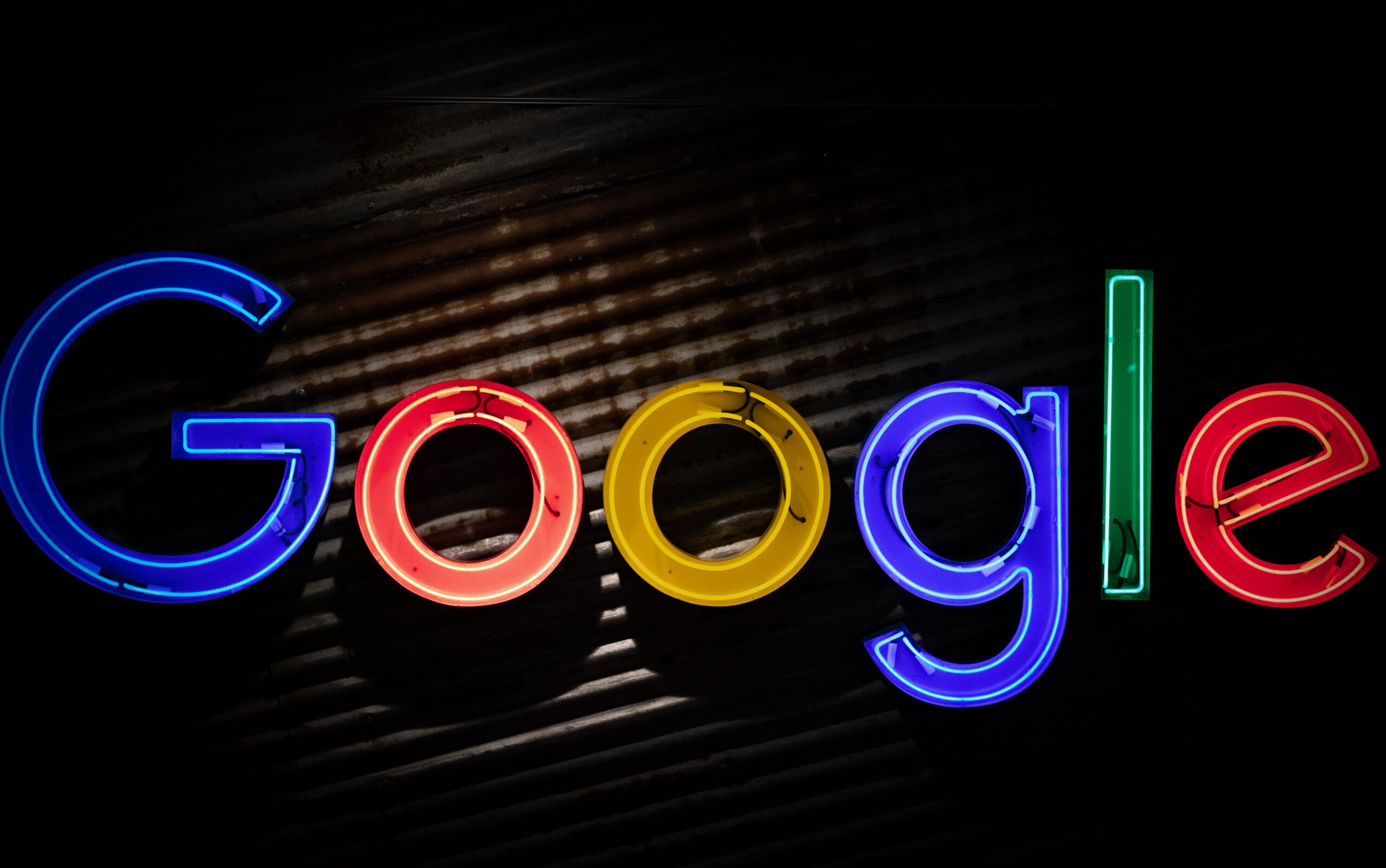 The CTS team share with you some of their highlights from Google Cloud Next 2022.
Read More